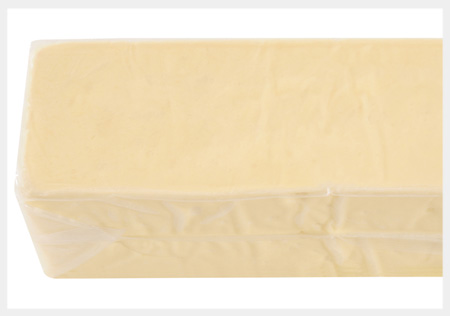 Cheddar cheese is a relatively hard, yellow to off-white, and sometimes sharp-tasting cheese, produced in several countries around the world. It has its origins in the English village of Cheddar in Somerset.

The most widely purchased and eaten cheese in the world. Cheddar cheeses were originally made in England, however today they are manufactured in many countries all over the world. Fully cured Cheddar is a hard, natural cheese. It is shaped like a drum, 15 inches in diameter, with natural rind bound in cloth. Normally, the color of Cheddar ranges from white to pale yellow. Some Cheddars, however, have a color added, giving the cheese a yellow-orange color.

Cheddar is always made from cow’s milk and has a slightly crumbly texture if properly cured. If the cheese is too young, the texture is smooth. Cheddar gets a sharper taste the longer it matures. It is generally matured between 9 and 24 months. The important thing in purchasing Cheddar, is to consider the age of the cheese. Milk is heated to 86 degrees F and inoculated with a lactic starter culture. After an hour rennet is added. When the curd is firm, it is ground down to marble-sized bits which are heated to 100 degrees F. The whey is discarded and it is sliced into slabs. The curd is pressed overnight and stands for 4 days in a cool atmosphere. Unlike other well known cheeses, Cheddar’s name is not protected so it has been used and abused by many producers around the world.